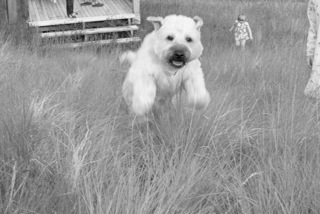 This week’s blog post is written by islander Amy Lenahan  – a good friend and client who moved to Bainbridge Island from Chicago in 2010.  Amy now writes her own blog, Little Blue Journal, which features her own observations about island life.  As I have done in the past, I like to let “Island Newcomers” share what it is like to live on our little island . . . in their own words . . . a fresh perspective about what life really looks like here. We have been living on this island we now call home for almost two years.  Most of the time, it still feels brand new to me, perhaps because of the contrast to the urban environment we left behind.   I am trying to hold on to this feeling of newness for as long as possible in an attempt to be more aware, more present – to notice.  As a lover of travel who doesn’t always have the budget to go everywhere I would like to go (confession:  I have used Google Maps’ street view to ‘wander’ the streets of another city), I thought in sharing some of the observations I’ve had about my new home may allow you to visit here in a similar cyber-fashion.   I thought I would  share some island curiosities.  An apt title, taking advantage of both meanings of curiosity – both the desire to know about something and falling in the category of unusual or interesting.

Island Curiosity #38 | You need a thing

Right after we moved into our house, I was out walking with Sally (our Wheaton Terrier) and our daughter and I met one of our neighbors, who is now one of our good friends.  In this initial conversation, my neighbor asked me:  so, what do you do?  Coming from Chicago (and really, all of the other places I’ve lived), I assumed he meant what do you do for a living?  After launching into a really long explanation of the chronology of my somewhat nontraditional career path, it became evident that he wasn’t talking about what I do to make money, but, you know, what I DO.  At one point during our tenure in Chicago, my husband and I determined that our love for and general interest in all things gastronomic would classify us as foodies, which, let’s admit, is really a nice way of saying that our hobby was eating.  In that moment with my neighbor (after he confessed to loving to fish, hunt, camp, run, bike, climb, crab, garden and fix things in his spare time), I realized that saying “I eat,” was akin to also mentioning that I regularly inhale oxygen, blink my eyes and periodically shed my epidermis.  I’m pretty sure this version of doing is a West Coast thing and not just an island thing, but it was then that I realized I need a thing. So you’re thinking that I chose gardening as my thing, so I will spoil it for you right now to let you know that there was no choice, my friend. Gardening is mandatory on this island – it is everyone’s thing.  Now my island friends may balk at this, but I’m sticking to my guns.  I don’t think this way just because I came from a multi-unit condo building where a couple of small flower boxes and a sad attempt at an herb garden (if a 12” pot counts as a ‘garden’) was the extent of the gardening I’d done, it’s that stuff grows out here in the Pacific Northwest.  People, rolling stones even gather moss in this climate.  Couple this with the fact that we inherited this from our former owner (who claimed that she wasn’t a gardener, really): And now, come Spring, I feel like Lucy and Ethel in that episode with the chocolates coming down the conveyor belt – I can’t keep up.  If ever I had a crash course in anything in my life, it has been understanding my garden:  what to weed (note:  those dandelion-looking things are poppies – do not pull – oops), what to water, what to mulch, what to prune, what to sprinkle with emu poop…  So, while your island garden might not look like mine, if you have any patch of land out here, surprise!, you are a gardener!

Finally, because I cannot write a post without mentioning the canine, I give you – Ugh.  This one has been a total bummer.  I was 99.97% sure that Sally would have a better life out here – a big yard (vs. no yard), tons of sticks (her favorite) and general outdoors-iness. Even though our hobby up until this point has been eating, we are surrounded by mountains! water!  trees!, and you can bet your sweet bippy that we’re going to take advantage of it all.  What I didn’t take into account are all of the dog roamers around these here parts.  While I completely admire the spirit of the Wild Wild West (I sing the Kool Moe Dee version in my head when I say that), I can’t rally around the idea of packs of dogs roaming freely.  It completely worked in Merle’s Door in Kelly, Wyoming, I know, and in Elizabeth Marshall Thomas’ The Hidden Life of Dogs, BUT…when your gnarling, snarling, off-leash dog comes charging at my (sometimes) frightened and subsequently reactive terrier (small but scrappy), we’ve got us a problem here, ma’am (I like talking Western out here).  Thankfully, I saw this great short video from Patricia McConnell on what to do in this situation and I now walk with a pocket full of misc. meat products (and pepper spray) handy and ready to toss.  So, alas, while my pooch can get the crazy zooms in our backyard and explore the adjacent forest, my vote shakes out to: (slight) advantage – city on this one.  Both parties on-leash until the owners decide that the dogs are down with a little off-leash romp seems to work much more smoothly (and safely).

Growing up, the wildlife I regularly encountered fell into two categories:   birds and small rodent-like animals (chipmunks, squirrels, and…well, just chipmunks and squirrels).  Once I saw three deer in my aunt’s backyard, but she lived 30 minutes away in the “country.”  I’m sure there is more wildlife in Western Pennsylvania than my memory serves as record; but if so, I didn’t see it.  And I know there were birds in Chicago (there were definitely pigeons), but I don’t remember hearing or seeing them.  Again, I know they were there, but perhaps too many other things were catching my attention (like cute outfits in local boutique window displays).

So imagine growing up like this and spending the better part of my life with wildlife deficit and then moving to a place like my new island home and seeing the following with regularity:  deer, raccoons, opossum, great blue heron, seals (seals!), bald eagles, hawks, cormorants, rabbits, coyotes, sea stars (formerly known to me as starfish), crabs, owls, something called a geoduck and more species of birds than you can shake a stick at.  I find this delightful.  I am that crazy giddy lady, index finger held up to her lips, ear cocked forward in an attempt to hear their calls (or at least look like I’m listening for a call).  Many of my island cohabitants, however, do not seem to find this as special as I.  This is often evident when I call out:  Bald eagle!  in a public place, and I get a look that communicates I have pointed out something obvious, like a Taco Bell at a strip mall, or a Kardashian on the cover of Us Weekly. Now not everyone is as jaded as I’m making them sound, it’s just that seeing wildlife is so regular to them, like pointing out street signs, or school buses or coffee shops.

My husband visited Bali the year before we met.  He took a guided tour with a local who at one point during the tour got very quiet, hunched down and tiptoed, as if he were tracking something. My husband got very excited, thinking he was going to see something amazing, something exotic, something photo-worthy.  He stealthily followed behind until the guide suddenly stood erect and pointed with excitement, shouting Squirrel!  Squirrel!  I guess it’s all about what you’re used to. Yes, I may sound foolish to locals whose wildlife ennui rivals my four-year old’s sighs and eye-rolling at whatever I get excited about, but like Mary Oliver, when it’s over, I want to say:  all my life I was a bride married to amazement.  May seeing a bald eagle never become regular to me. A strange thing to love, I know, but hear me out.  Much like my attraction to John Malkovich, this one needs explaining.  Before we moved here, I was a little bit concerned about the reports of grey dismal winters.  I’ve never been diagnosed with SAD, but I am definitely affected by the weather.  After our first Winter here (this is our second), I concluded that I was actually less bummed out in a Pacific Northwest Winter than I was back East.  How could this be?  One word:  moss.  It turns out that to me, a snow-covered landscape seems bleak and devoid of life.  Something in the ancient reptilian part of my brain screams:  Food shortage!  Frozen limbs!  Digging the car out of four feet of powder! (Well, maybe not that ancient).  But here, things are green all winter long.  Yes, it is misty most of the time and rainy a lot of the time, but it’s lush and alive.  And in the way that I feel about John Malkovich or others feel about those Mexican hairless dogs, moss is oddly appealing to me.  Ensconced in the green fuzz, the trees appear cartoonish, like a scene dreamed up by Dr. Seuss or Tim Burton.   And should you be interested in moss fun-facts, apparently, it cannot survive in a polluted environment and sometimes reindeer eat it to warm up their blood.   This is all comforting to me, in light of the fact that my neighbor’s gardener once told me our yard has “pervasive moss.”  He said it in a disdainful way, but in these times when we are bombarded by images and accounts of how life is being destroyed all over our planet, I’m reassured by moss’ voracity, by its unflagging persistance in just existing.  Yes, I’m sure once its pervasiveness takes over my roof like it has my neighbor’s (and countless others I see), I, too, might see it as the Pacific Northwest whack-a-mole, rearing its head here and there, just when I think I have it under control.  But for now, it is a tangible reminder of how the life force in all things wants to express and propagate itself.  Just remind me of this when I resume weeding this Spring.