Bainbridge Island in the Winter 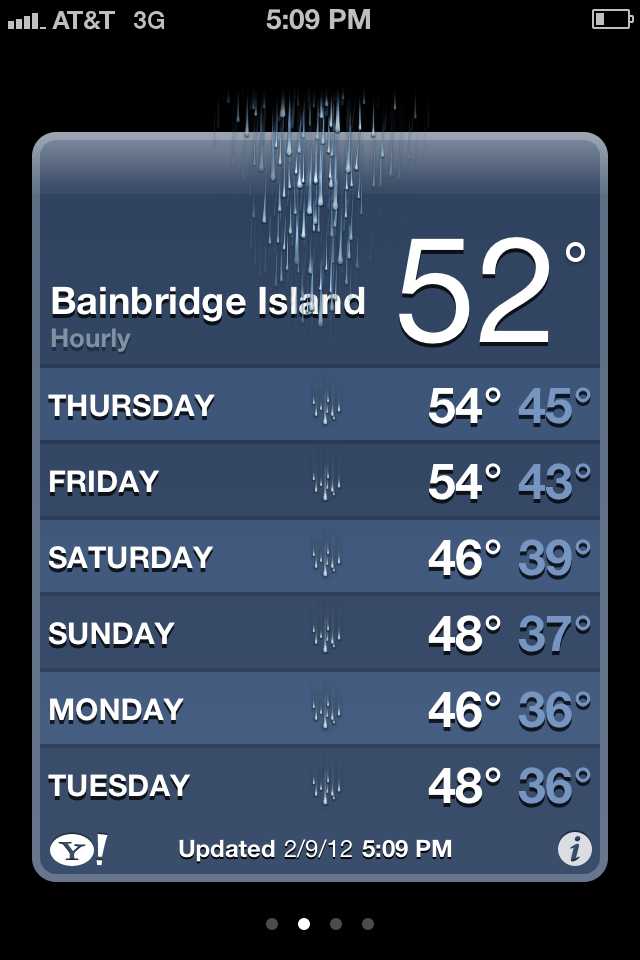 Bainbridge Island Weather - looks scarier than it is About the Weather . . . Does it Really Rain All the Time?

There is a poster you can buy in souvenir shops in Seattle that we locals find amusing. It says “We Turn the Rain Off When You Leave.”  Kinda true. My parents look at the weather forecast from their sunny patio in California and gasp in horror of images that look like this. Bainbridge Island Weather – looks scarier than it really is.

To the folks down south the rain looks kind of scary.  Seattle certainly has its reputation. And, for the most part we locals are ok with it because we consider it population control. But,  I am leaking out some of the truth here.   All of the photos above were taken in the last few weeks. All on different days. All demonstrating that the Seattle area is not always gray. No way.

The rain is not constant, nor is it a pouring rain (usually).  It is typically more of a drizzle and usually does not last the entire day.  I do wear my trusted North Face rain jacket most of the winter (I consider it part of my uniform), but I don’t carry an umbrella or even wear rain boots.  So, on the weather forecast it might show rain, and it could very well rain, but by 2pm the sun could be out. But, the weather forecast does not seem to change – again our form of population control.

The grey is also what folks ask about and fear. I will be honest and tell you grey and green are the predominate backdrop for our lives from November to May. Many a day. But, do know it is NOT constant.  The sun does come out and give us much needed breaks.  Do we have five days straight of grey?  Sometimes. But, to balance that out we just had five days straight of SUN too.  And yes, was it fabulous.

A few days a year, we get the white stuff too.  This year we had about a week of it and the local news always comes up with clever names for it.  Like this January it was, Snowpacalypse.  In 2010 it was Snowvember.  In 2009 it was just the Snow Storm, not as clever, no. But the news makes a big deal about it because, unlike cities like Chicago, we aren’t super prepared for snow.  We don’t have fleets of snowplows or de-icers.  So, the world sort of stops for a few days.  The kids get snow days (hurrah) and most people do not have to go into work.  Over the last five years it really has not been a major inconvenience in our life.  As long as the power stays on, we are good.  But, yes, folks do lose power, but most people around here are prepared with back-up generators, wood stoves or propane stoves (things I chat with newcomers about when they buy a house here).  As long as you have a secondary heating and cooking source, you are in pretty good shape.  And a 4 wheel drive helps too.

My kids love the snow because snow = sledding.  For three or four days a year, the kids get to sled around the hills in the neighborhood instead of going to school.  A nice winter treat.

The Dark and the Light

So, this has been my biggest adjustment.  Because Seattle is much farther north than Northern California, getting darker earlier in the day has been the hardest thing for me to get used to. Much of the winter it is dark, dark, termed “dark o’clock” by one of my funny friends, by 5pm.  And it is still dark at 7am when I am getting the kiddos up for school. It is very challenging not to hunker down and drink hot cocoa at 6pm and be in for the night.   Getting out and staying active, even in the dark, can be challenging, but not impossible. I can say I have adjusted and stilll get out in the evenings for meetings, gatherings, and even running.

The flip side to the dark in the winter is that in the summer it is light at 5am and still light at 10pm at night.  It is hard to get the kiddos to bed when it is light . . . but mine just stay up.  And it is oh so delightful to be out at the beach at 9pm at night or gardening in your garden after dinner.  The light is just different from what I was used to.  An adjustment. One I can say I have made after five years.

It does exist.  Really. Again, note the photos above.  We just wrapped up a fabulous five day stretch of sun.  It still might be cold, like 45 degrees. Mid-westerners insert chuckle here. But, the sun does come out and much more than I expected it would in the winter (again, when I was in CA watching Frasier and imagining Seattle weather).  And when the sun comes out here, with the water, the snow covered mountains, the green trees, the eagles, and the ferries . . .  it is pretty darn spectacular. Breathtaking really.  I love being outside, love exercising outside and I have found that I get out and get more exercise here than I did in CA. I love running and walking alongside the water and the cool air and temperature are terrific for running (unlike 100+ temperatures in the Sacramento summers).

So, do know it does get grey.  And it does rain. But, although the forecast for this week looks like ick on the iPhone, it is just our little secret weapon.  The rain, although part of the local color, is not constant. I will still get out and walk and run six out of the next seven days, alongside many other active islanders.  And I hope to see you and the sun while I am  out there. 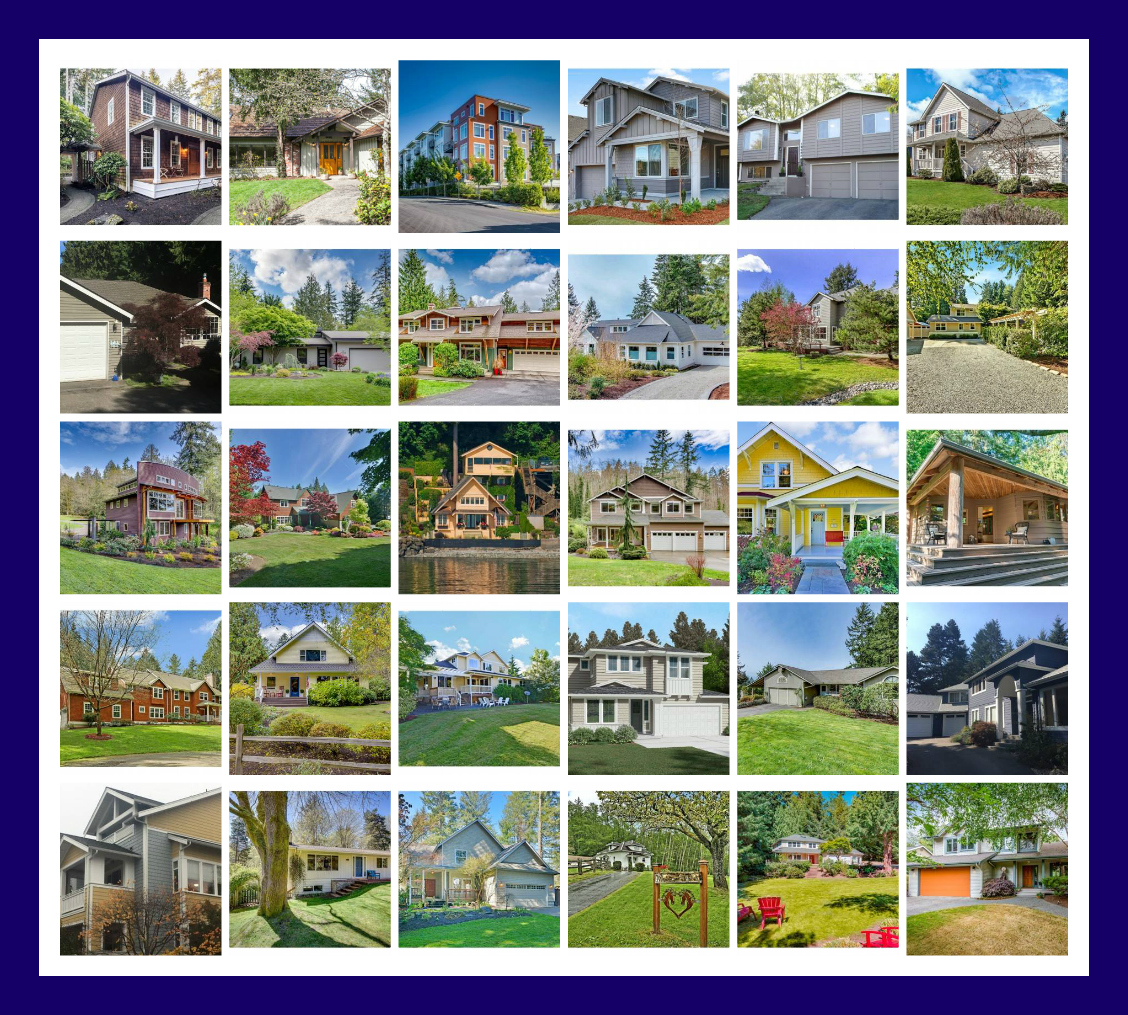