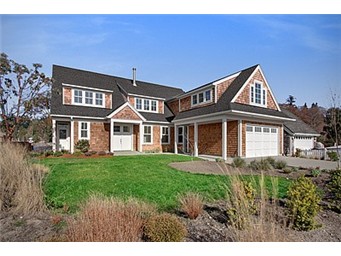 The downturn in the economy has opened up possibilities in many sectors of the real estate market. First time buyers are able to afford homes in areas they want to live, move-up buyers are now able to get much more home than they would have five years ago and many people who thought living on the water was only a dream . . . have seen it become reality. We have been witness to some true blue waterfront values this year in Kitsap County . A bank owned, new construction waterfront home in Indianola, sold for $551k last month.  This Cape Cod Style home of nearly 4,000 square feet sold for a mere $141 a square foot. Another bank owned home on Bainbridge just closed for only $121 a foot last week.  This view home with sandy beach tideland rights was built in 2006 and was lived in for only a short time.  This 5,600 square foot home with an impressive back deck and outdoor fireplace that enjoy views of Rich Passage closed for just $685,000.

You Have Not Missed the Boat

There are certainly more where those came from – this summer anyway.  And, you don’t necessarily have to wait for a  bank owned or distressed sale. There are sellers out there who are pricing their homes to sell quickly – at or below market value.