Thought About Buying a Home at Auction . . . Watch the North Town Woods Auction 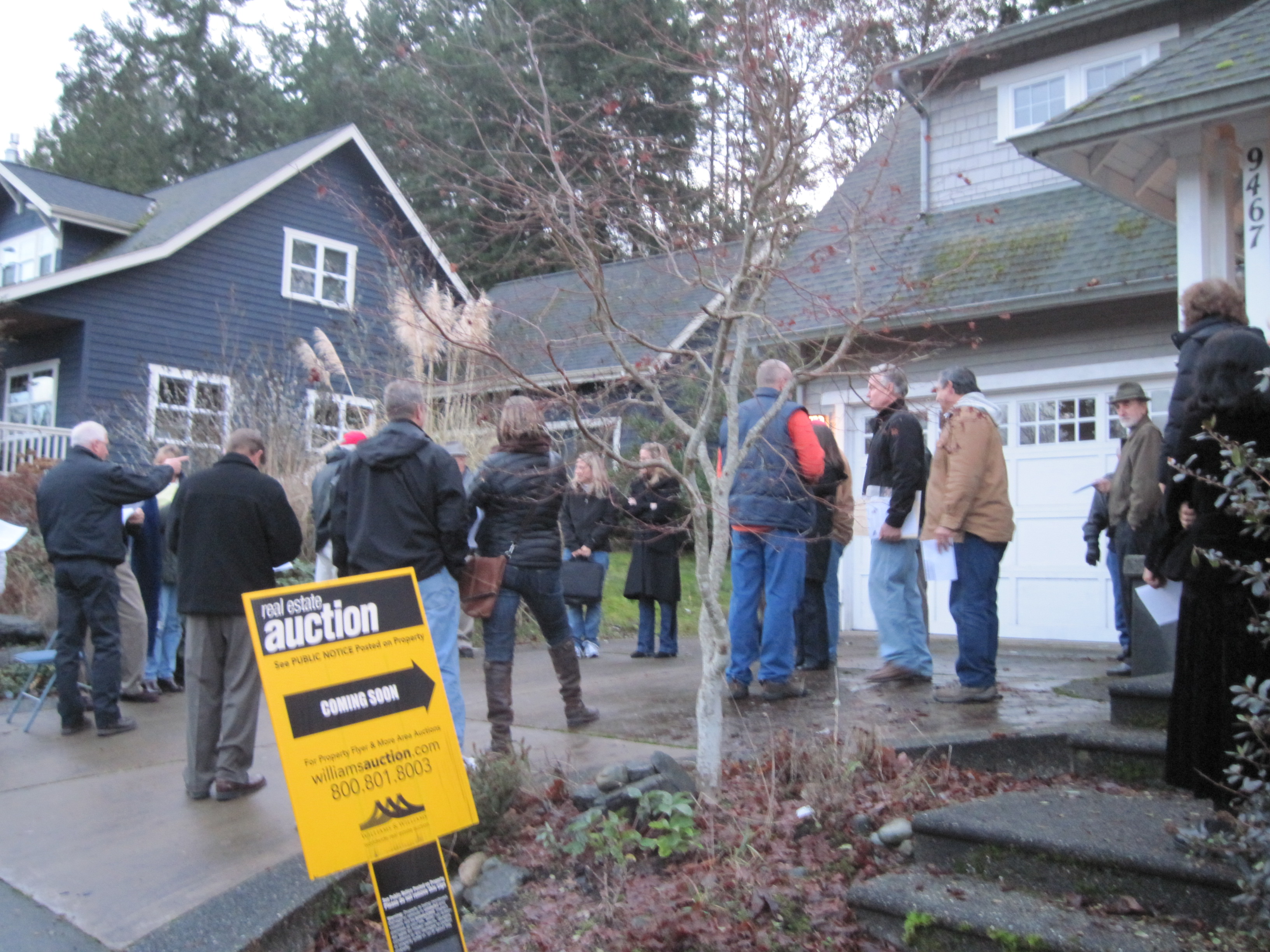 Live Auction on the Driveway in North Town Woods This morning at 8am in the chilly 40 degree weather about forty people gathered in North Town Woods on Bainbridge Island for a live auction hosted by Williams & Williams Auction.  The only auctions I have ever been to have been on the courthouse steps.  But, this was a live auction with a good ol’e fashioned auctioneer.

What is on the Auction Block?

Up for auction was a 2,586 square foot home in the popular North Town Woods Neighborhood.  The home was built in 2000 by Reese Construction and back in December of 2007, it sold for $605k. Today the bidding was set to start at $100k.

My overall impression was that the auction was pretty informal, went very fast (under 2 minutes), and had a surprisingly high winning bid.

If you go the Williams & Williams website, you will see all their terms –  and that you have to register, etc.  This morning, they threw out two things, registration and the buyer’s premium, which was going to be 5% of the purchase price, they reduced it to a flat $3k.  So, in an effort to cut to the chase and save time, it felt pretty informal.  I went there with general curiosity and an interest in buying the house –  and all I needed to bring was my personal checkbook (or cashier’s check would have been fine too).

Online and on the Lawn

The bidding for this house was online and “on the lawn” as they say, or in this case on a slippery driveway.  Five minutes late, (you know, that darn ferry), the fast talking auctioneer and his two assistants pulled up to the driveway in their slick black SUV.  Within a minute, the trio, who were also dressed in black, had the crowd assembled and started by going over boiler-plate terms.  They had this drill down.  When the auction started all the auctioneer had was a microphone, speaker, and a cell phone. During the auction an assistant was on his cell phone calling out the live online bids. Live auction on the driveway in North Town Woods

The bidding slowed down a bit when it got close to $400k and got a little confusing because the bidders could not understand the auctioneer or what the last price was.  Watch the video below and you’ll see what I mean.

An online bidder popped up the price to $420k, and the gal (on the driveway) who was bidding against him would not go to $421k.  Therefore, the winner was a nameless, faceless person online, just a number, not very exciting.

Back on the Driveway

Many neighbors were there, including the president of the home owners association.  I am sure they were all glad to see the house finally sell and for such a solid price. The prediction of most of the Realtors at the auction today (and there were about a dozen of us) was that the house would go for about $350k.   With that, we estimated the house needs about $30k in work, taking the total investment to roughly $455k, with all costs. The Auctioneer getting ready to start the bids

$420k, was a pretty high price for an auction home, in my opinion.  However, this auction, unlike the one’s on the courthouse steps, allows you to get financing.   You also get a clean title and don’t have to assume any liens, so it is much less risky.  You also have 30 days after the bank approves the price (yes they have final approval on the price which takes about two weeks) to close – making a 45 day escrow period.

With this type of auction you can get financing, like I said, but you don’t have a financing contingency (meaning if you don’t get financing you lose your earnest money) and you don’t have an inspection contingency period either.  Meaning you had to do all your poking around in the crawl space before the auction – and believe me it was something you’d want to see before, not after your purchase – no not mice, the rats chased them all away.

Will there be More?

My prediction is that there will be even more of these auctions next year.  Homes typically go to auctions after they foreclose, (go to the bank) and then the bank can not sell them via the traditional Realtor route.  With the number of bank owned homes on the market right now (12 condos and homes) and the additional supply that will inevitably come on the market next year . . . I’ll be seeing you on the lawn, or the driveway. Homes Currently on the Market in North Town Woods:

The other homes currently for sale in North Town Woods range from $479k to $610k.  But, they vary greatly in size, location, and amenities (like one has a detached guest suite).  The last home that sold in North Town Woods with the same floorplan as today’s auction house sold for $598k at the end of 2008.  It was a much better location, as it backed to the shared open space, but still two years made for a $178k difference. 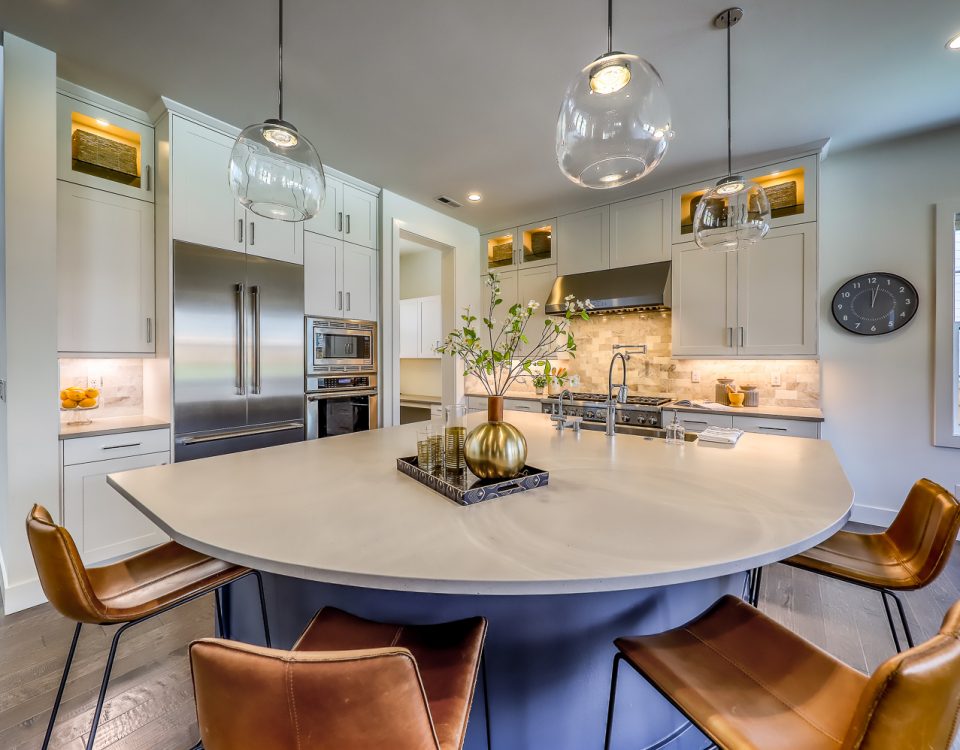